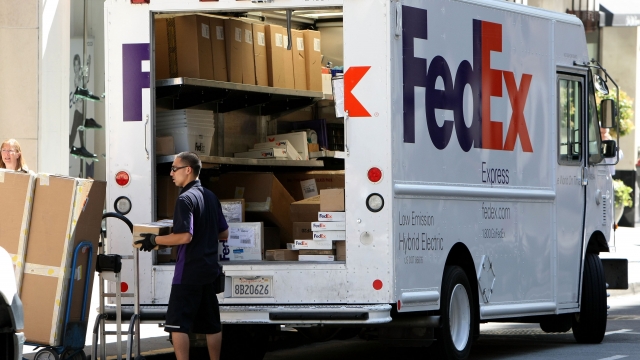 FedEx argues it can't police the contents of every package it ships.

FedEx is suing the U.S. government. The company argues it shouldn't have to enforce the Trump administration's export bans, calling it an "impossible burden."

It comes after FedEx sent a package containing a Huawei phone back to its sender in Britain with a label that read, "parcel returned by FedEx, due to US government issue with Huawei and China Government." FedEx called it an "operational error." But Chinese news outlet Global Times reported the incident could cause the company to be added to China's "unreliable entities list."

The Trump administration placed Huawei on a trade blacklist back in May over fears its products pose a national security threat. U.S. companies are restricted from selling or exporting components to the tech giant without first getting government approval.

FedEx filed the lawsuit against the Department of Commerce, saying it shouldn't be held liable for certifying that the millions of shipments it handles every day are in compliance with Export Administration Regulations.

The company said, "FedEx is a transportation company, not a law enforcement agency."