FedEx Founder Fred Smith To Step Down As CEO 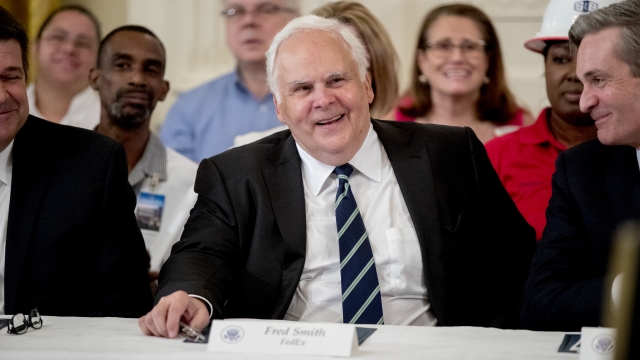 SMS
FedEx Founder Fred Smith To Step Down As CEO
By Associated Press
By Associated Press
March 29, 2022
Raj Subramaniam will take over as FedEx CEO and president when Smith steps down in June. Smith will still stay with the company as executive chairman.

FedEx Corp. said Monday that Fred Smith will step down on June 1 as CEO of the package-delivery company that he founded and be succeeded by the company's president and chief operating officer.

Raj Subramaniam will serve as both CEO and president and Smith will become executive chairman, the package-delivery company said.

Smith, 77, started FedEx in 1973, delivering small parcels and documents more quickly than the post office could. Over the next half-century, he oversaw the growth of a company that combined air and ground service and became something of an economic bellwether because of its service to other companies.

"FedEx has changed the world by connecting people and possibilities for the last 50 years," Smith said in a statement that also praised Subramaniam's ability to guide the company. Smith said he will focus on global issues including sustainability, innovation and public policy. 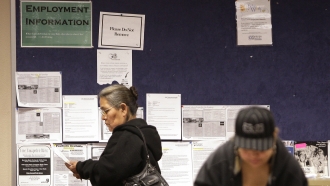 Subramaniam, 56, joined the company in 1991 and served in several marketing and management jobs in Asia and the United States. He rose to become the chief marketing and communications officer, and also served as the top executive of FedEx Express. He became president and chief operating officer in 2019 and joined the FedEx board the following year. He will remain a director.

Smith said that for the past several years he had recommended to FedEx directors that if he died or became disabled they should name Subramaniam CEO and appoint an independent chairman. On Monday, the board appointed a current director, Brad Martin, as vice chairman and Smith’s designated successor as chairman.

FedEx and rival United Parcel Service have benefitted in recent years from the boom in online shopping, which has meant more parcels for its drivers to deliver to customers' doorsteps. In 2019, as Amazon.com built up its own delivery business, FedEx dropped a contract to provide express delivery for the retail giant, and stopped ground deliveries for Amazon soon afterward.

The company earned $5.2 billion on revenue of $84 billion in its most recent full fiscal year, which ended last May 31.

Smith and a firm bearing his name own more than 19.2 million shares, according to FactSet. They are worth more than $4.4 billion at Monday's closing price.

Shares of FedEx rose about 2% in after-hours trading.