Federal Workers Question Safety Measures As They Return To Workplaces 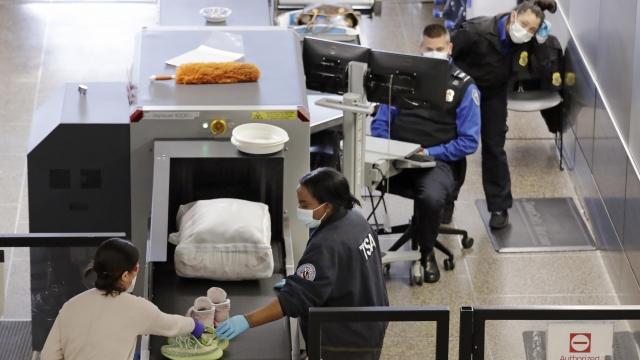 SMS
Federal Workers Question Safety Measures As They Return To Workplaces
By LeeAnne Lowry
By LeeAnne Lowry
May 1, 2020
The government announced Monday that federal employees would return to work based on state and local guidance.
SHOW TRANSCRIPT

Thousands of workers for federal agencies who have been working from home are returning to workplaces — but many are asking: is it safe?

The Office of Management and Budget announced in a memo last month that federal employees would return to work based on the guidance of state and local governments.

Employee unions allege that they haven't been given regulations or protective equipment needed to stay safe in their workspaces. Five TSA and four IRS employees have died working during the COVID-19 pandemic.

The concerns have been echoed by Democratic senators. After the OMB made its announcement, lawmakers — including Sens. Bernie Sanders and Elizabeth Warren — sent a letter asking for clarification on what the administration is doing to protect federal workers. The lawmakers said the OMB and Office of Personnel Management have the "authority and responsibility to make sure that federal agencies have effective and clear policies to protect these employees."