Federal Workers Are Suing The US Government Over Partial Shutdown 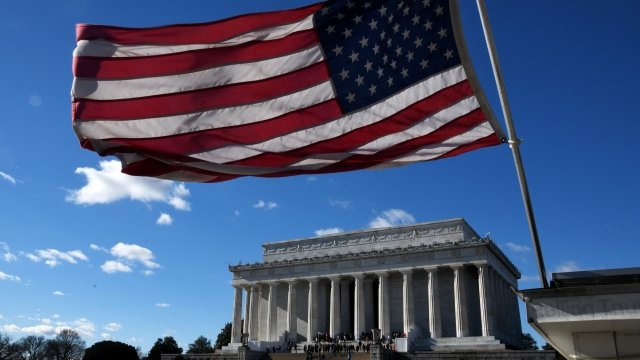 SMS
Federal Workers Are Suing The US Government Over Partial Shutdown
By Katie Cammarata
By Katie Cammarata
January 1, 2019
The lawsuit claims that the government is breaking the law by requiring some employees to work without payment.
SHOW TRANSCRIPT

Federal workers are suing the U.S. government amid the partial government shutdown.

The lawsuit claims that the government is breaking the law by requiring some employees to work without pay.

The American Federation of Government Employees announced the lawsuit on Monday, which was filed on behalf of all designated “essential” federal employees.

Those are employees the government says are needed to keep certain parts of the country running, like correctional officers, transportation security officers and border security agents. The law firm representing the AFGE says there are some 420,000 federal employees working without pay.

The AFGE's president said making those employees — especially those with dangerous jobs — work without pay is "nothing short of inhumane."

And while federal employees should see a paycheck after the partial government shutdown ends, it's unclear when that will be. Democrats and President Donald Trump continue to be at odds over funding for the administration's border wall project.

House Democrats have agreed to vote on a spending package when the new lower chamber convenes on Thursday. But the Senate — which is controlled by Republicans — won't rubber stamp anything that Trump doesn't approve of, and the president's repeatedly said that he won't OK any bill without border wall funding.