Federal Spending On Children Drops, According To A New Report 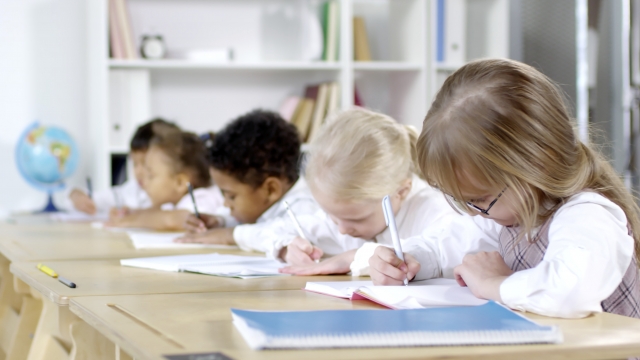 A new report released on Tuesday says federal spending on children dropped in 2018.

The Urban Institute's Kids' Share report has been tracking public spending on children under the age of 19 since the 1960s.

The report "does not judge whether current expenditures meet children's needs."

It found the federal government spent about $6,200 per child in 2018. That's less money than in 2017 when adjusted for inflation.

In the Urban Institute report, it says "the share for children is expected to decrease from 9.2% to 7.5% over the next 10 years if no changes are made to the current law."

The Urban Institute said the "decline is driven by a reduction in federal spending on education and nutrition programs and a temporary reduction in child-related tax credits."

Despite a projected increase of $1.5 trillion in federal spending over the next decade, children's programs are projected to receive only 3 cents of every dollar.

One of the report's authors said the findings show kids are not a priority in the budget.