The Federal Reserve Votes Not To Raise Interest Rates 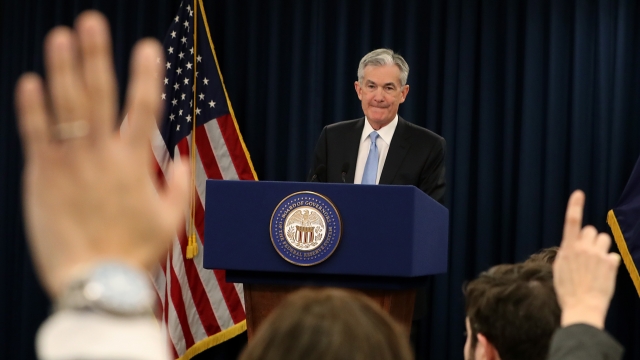 Good news for home buyers: The Federal Reserve voted Wednesday not to raise interest rates and may not raise rates at all this year.

In a press conference Wednesday, Chairman Jerome Powell said the Fed "sees a favorable outlook for this year" and that data doesn't show it needs to "move in one direction or another" when it comes to interest rates.

The current benchmark rate is set at 2.25-2.5 percent. In a statement, officials said the job market has remained strong and that the unemployment rate has remained low. But they also said economic growth has slowed down since the fourth quarter.

Interest rates affect how much money is borrowed. When interest rates are high, people tend to borrow less, which can slow down job growth and investment.

After raising rates four times in 2018, Powell said in January that the Fed would be "flexible" and "patient" when raising rates this year. President Donald Trump has repeatedly put pressure on the central bank to keep interest rates low.

Powell stressed that even though the U.S.' economic growth isn't very strong right now, he believes it's temporary.