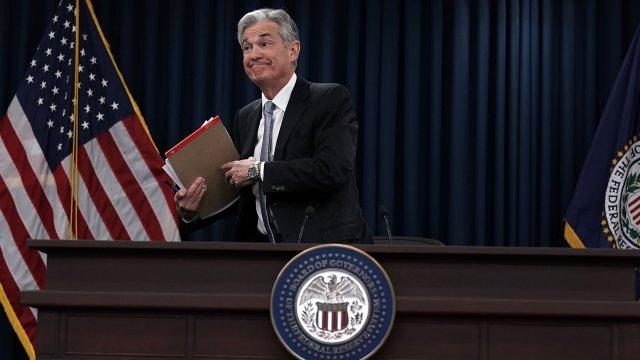 Under new leadership, the Federal Reserve raised interest rates by a quarter of a percentage point, up to 1.75 percent from 1.5 percent.

Recently appointed Chairman Jerome Powell announced the change on Wednesday, but it didn't come as a surprise.

As the economy improves, the central bank will likely raise rates several more times this year. Members of the Federal Open Market Committee were split on whether there would be three or four quarter-point increases to the interest rate this year.

Higher interest rates are good for savers, who will get a greater return on money in the bank. But it has the opposite impact on borrowers or those with credit card debt.