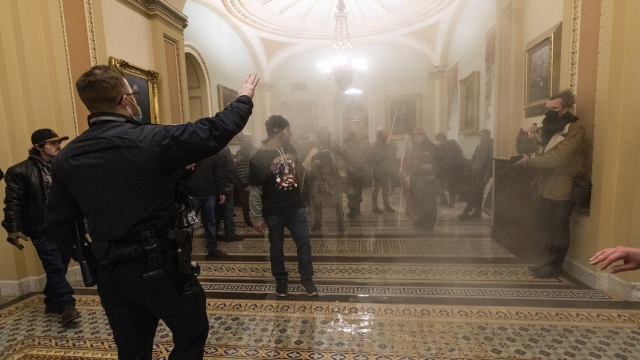 SMS
Federal Prosecutors: $1.5M In Damages Caused On Jan. 6
By Robin Dich
By Robin Dich
June 4, 2021
The DOJ indicates it wants individuals to pay for the January 6 damage.
SHOW TRANSCRIPT

If you've ever wondered how much the attack on the U.S. Capitol cost, now we have an answer.

The Justice Department revealed the cost in a letter to a lawyer for Paul Hodgkins who pleaded guilty on Wednesday to obstructing an official proceeding.

Prosecutors have indicated they want those who are accused of participating to foot the bill.

Hodgkins was asked to pay $2,000 in restitution to the Justice Department. It's unclear how investigators came up with that number.