Harvey Weinstein Is Reportedly The Subject Of A Federal Investigation 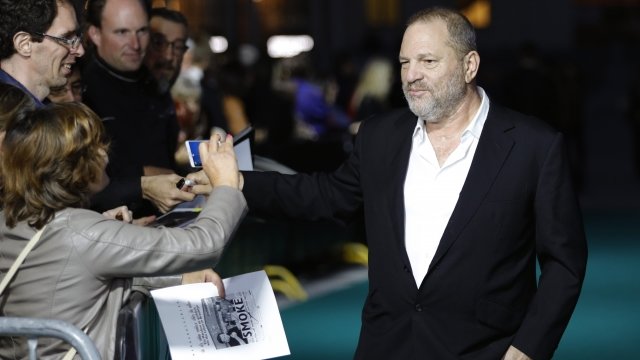 SMS
Harvey Weinstein Is Reportedly The Subject Of A Federal Investigation
By Katherine Biek
By Katherine Biek
May 24, 2018
Investigators are reportedly looking into whether the film producer lured women across state lines for unlawful sex.
SHOW TRANSCRIPT

Federal prosecutors in New York are reportedly investigating some of the sexual misconduct allegations against disgraced film producer Harvey Weinstein.

The Wall Street Journal says those investigators are looking into whether Weinstein violated federal law by luring women to cross state lines "for the purpose of committing a sex crime."

Weinstein's lawyer told CNN he's already met with the federal prosecutors "in an attempt to dissuade them from proceeding."

Since The New York Times detailed a string of sexual misconduct allegations against Weinstein back in October, dozens of women have come forward with similar claims.

Weinstein's representatives have repeatedly denied he engaged in non-consensual sex.

Police in New York, Los Angeles and London have investigated some allegations, but Weinstein has yet to be charged with any crime. The U.S. attorney's office for the Southern District of New York declined to comment on the reported federal investigation.