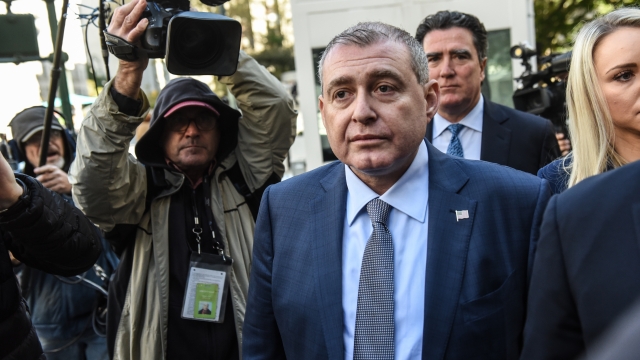 Federal prosecutors are reportedly deciding whether to bring new charges against Lev Parnas, an associate of Rudy Giuliani.

According to CNN, New York prosecutors are looking at leveling charges against Parnas and at least one business partner for misleading investors with their company Fraud Guarantee, which they co-founded.

The company, created to protect businesses from fraud, reportedly paid Giuliani $500,000. This was around the time Parnas and associate Igor Fruman began assisting Giuliani, who is President Trump's personal attorney, in finding dirt on former Vice President Joe Biden. That investigation into Biden was part of what sparked the impeachment inquiry into President Trump.

A lawyer for Guiliani told CNN he had never been involved in company discussions about pitches or marketing with Parnas or business partner David Correia.