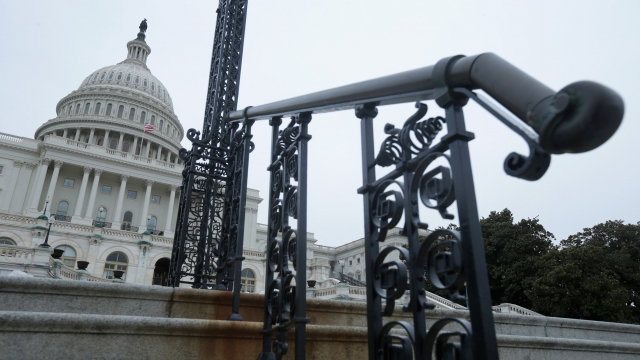 Government whistleblowers in the U.S. are able to bring forth complaints of scandal or wrongdoing while knowing they have the protection of federal law.

There are multiple whistleblower laws in the U.S., and the process varies across different government agencies.

The person who flagged President Trump's phone call with Ukrainian President Volodymyr Zelenskyy is subject to the intelligence community's complaint process. Once an urgent concern is submitted, that process gives the inspector general — currently Michael Atkinson — 14 days to determine if it's credible. The IG then notifies the director of national intelligence about the claim and the credibility decision. The DNI then has seven days to forward that information to the the House and Senate intelligence committees. If the complaint stalls during those steps, the law allows the whistleblower to take their concern directly to Congress.

Retaliation protection for whistleblowers from the intelligence community comes from a presidential policy directive signed by President Barack Obama. That directive protects them from personnel actions, like being fired or suspended, and from changes to their classified document access.

In the case of the Ukraine whistleblower, that person is protected from losing their job or access to confidential information as retaliation for filing the complaint.

But there could be other negative consequences. The whistleblower's legal team has already voiced concerns about their client's safety, should his or her identity become public.