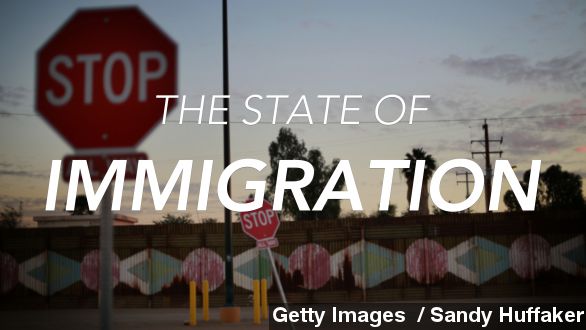 “My fellow Americans, tonight I’d like to talk with you about immigration,” said President Obama in a November address to the nation.

A federal judge in Texas has put a halt to President Obama’s efforts to reform the U.S.’s immigration system through executive action.

In his 123-page ruling, Hanen explains the injunction is meant to put the process on hold until the legality of the executive actions is sorted out.

The temporary injunction is a win for Texas and the 25 other states who have challenged Obama’s executive actions on the grounds they were made unconstitutionally and that they would be a financial burden if implemented.

Texas Gov. Greg Abbott, who’s leading the challenge, praised the injunction, saying it was an example of the government’s system of checks and balances.

Immigration advocacy groups, however, had the opposite reaction. United We Dream released a statement stressing that the ruling is not permanent, and called it just a bump in the road. (Video via United We Dream)

Hanen’s ruling may have implications on another matter as well — whether or not the Department of Homeland Security will receive funding.

That’s because Obama’s executive actions on immigration have become a major sticking point on passing the DHS funding bill.

House Speaker John Boehner has made it clear he’s not willing to budge on removing provisions in the funding bill that would undo Obama’s actions.

Now with an injunction in place, there may be a chance Boehner and other Republicans will yield some ground and allow the DHS funding bill to go through without the immigration riders by the Feb. 27 deadline. The White House says it will appeal the injunction.