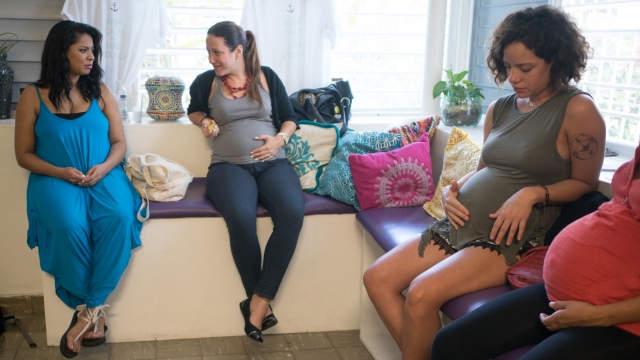 SMS
Federal Judge Strikes Down Kentucky Abortion Law
By Ahmed Jawadi
By Ahmed Jawadi
May 12, 2019
​The judge ruled the 2018 law would create a "substantial obstacle" to a woman’s right to an abortion, hence violating constitutional rights.
SHOW TRANSCRIPT

A federal judge has struck down a Kentucky law that would have effectively banned a second trimester abortion procedure.

The law in question essentially prohibited a procedure known as a dilation and evacuation abortion, or D&E, in the state. Enforcement of the law was suspended late last year after the ACLU filed a legal challenge.

The judge ruled Friday that the 2018 law would create a “substantial obstacle” to a woman’s legal access to an abortion, hence violating her constitutional rights. He also issued a permanent injunction against the law.

The state’s lawyers argued the law still allowed for D&E procedures to be performed, but only after women underwent other medical methods to induce fetal death. But the judge said that would require women to "endure a medically unnecessary and invasive procedure," one that also may increase the duration of a D&E abortion.

According to the judge, "standard D&E procedures account for virtually all second-trimester abortions in Kentucky."

A spokesperson for Kentucky Gov. Matt Bevin told The Associated Press his office plans to appeal the ruling.