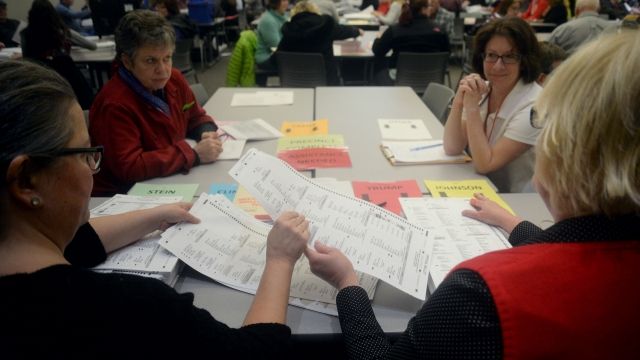 A federal judge has pulled the plug on an election recount in Michigan, effectively sealing Donald Trump's narrow victory over Hillary Clinton in the state.

He ended up agreeing with a state Court of Appeals ruling that came down earlier this week. The court decided third-party candidate Jill Stein didn't meet the state's requirements for a recount because she didn't come close to winning the election.

Stein started fundraising for a recount in three battleground states in late November, though many have noted Stein had little to gain from her efforts. She received less than 2 percent of the vote in each state.

But Stein says the issue is far from over. Her attorneys said in a statement that they intend to take their fight to the Michigan Supreme Court.

The statement read, in part: "Make no mistake, we are not backing down from this fight — a fight to protect the hard-fought, hard-won civil and voting rights of all Americans. ... We need this recount to ensure the fairness, accuracy and integrity of the vote."