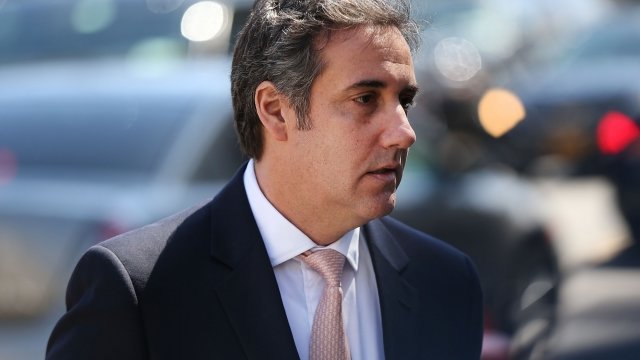 By Katie Cammarata
December 12, 2018
Cohen addressed the judge ahead of the sentencing, saying he's taking "full responsibility for each act."
SHOW TRANSCRIPT

Cohen addressed the judge ahead of the sentencing, saying he's taking "full responsibility for each act." He will be able to voluntarily surrender in March.

Before Wednesday's hearing, Cohen's defense team argued that he shouldn't get time behind bars because of his cooperation with special counsel Robert Mueller's Russia probe. But federal prosecutors said Cohen hadn't actually helped all that much in that investigation.

Other former Trump associates are also in the hot seat: Trump's former national security adviser Michael Flynn pleaded guilty to lying to federal investigators. His sentencing is scheduled for Dec. 18.

And Trump's former campaign chairman Paul Manafort faces allegations that he repeatedly lied to Mueller's team of investigators. Manafort's legal team has until early January to decide how they're going to address those accusations.

Correction: A previous version of this story wasn't clear about when Michael Cohen pleaded guilty to charges including bank fraud, tax fraud and campaign finance violations. This story has been updated.