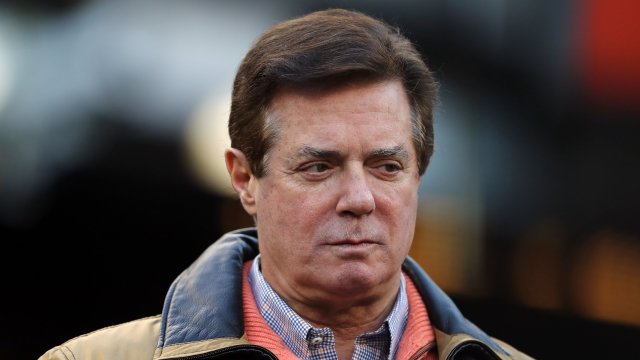 Former Trump campaign manager Paul Manafort is facing the real possibility of spending the rest of his life in prison.

In an order dated March 9, U.S. District Judge T.S. Ellis III detailed the terms of Manafort's house arrest and alluded to his fate. Manafort is facing charges in his home state of Virginia for bank fraud and tax evasion.

Ellis wrote that, given the charges and the evidence against him, he "faces the very real possibility of spending the rest of his life in prison."

The charges in Virginia are separate from the ones filed by special counsel Robert Mueller. Manafort pleaded not guilty to all counts filed against him in both cases.

Manafort is currently on house arrest at his Virginia home with "local monitoring" and can't leave except for court appearances, doctor's appointments and other preapproved activities.