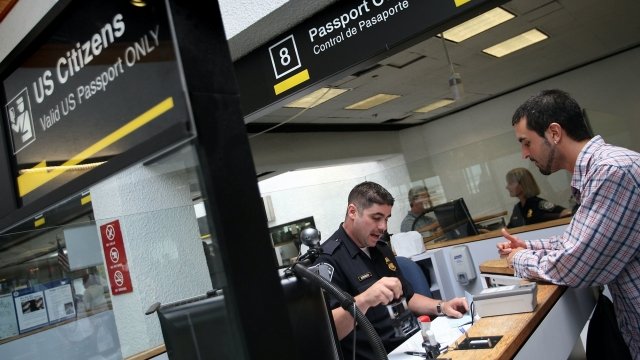 SMS
Travel Ban: Judge Rules Grandparents Count As A 'Bona Fide' Relation
By Katherine Biek
By Katherine Biek
July 14, 2017
A federal judge has ruled that the Trump administration's interpretation of a "bona fide relationship" is too restrictive.
SHOW TRANSCRIPT

A federal judge in Hawaii changed his mind Thursday and loosened part of the Trump administration's so-called travel ban.

Let's rewind a bit. The state of Hawaii challenged the ban in court when it went into effect in late June. The plaintiffs took issue with how the administration was interpreting the "bona fide" ties requirement laid down by the Supreme Court.

The administration defined a "bona fide relationship" to include parents, children, spouses, siblings, children-in-law, parents-in-law or fiancés/fiancées. But it said other family members — like grandparents, grandchildren, aunts, uncles and cousins — aren't close enough.

But now, Watson has reversed course and has decided the administration's "bona fide relationship" interpretation is "unduly restrictive" and "contradicts" the Supreme Court's decision. 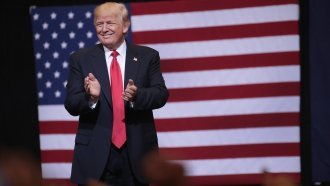 His decision means grandparents and the other family members the Trump administration originally said weren't close enough now are.

"The federal court today makes clear that the U.S. Government may not ignore the scope of the partial travel ban as it sees fit. Family members have been separated and real people have suffered enough," Hawaii Attorney General Douglas S. Chin wrote in a statement.

Watson also ruled if a refugee seeking entry into the country has received "a formal assurance" from a  U.S. refugee resettlement agency, that assurance counts as a "bona fide relationship."

As of Friday morning, the Justice Department had not responded to the judge's decision.