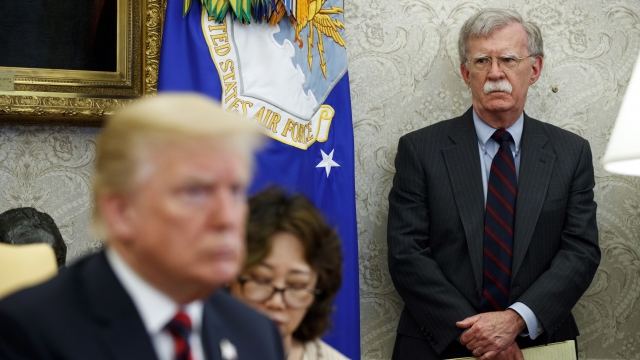 A federal judge has green lighted the release of former national security adviser John Bolton's memoir, ruling against White House efforts to stop it from being published.

U.S. District Judge Royce Lamberth said in his ruling Saturday that Bolton "gambled with the national security of the United States" by not awaiting formal security clearance for the book. Bolton submitted his book - called "The Room Where it Happened" - for review by the National Security Council.

The judge said Bolton "opted out of the review process" and "likely published classified material" that could place him at risk of prosecution. But he said the government lacks constitutional authority to block publication.

Additionally, he said book has already been sent to stores across the nation for its Tuesday release. With copies also in the hands of news publications, Lamberth said preventing its release would be futile.

The Justice Department filed a lawsuit this week to block the book's release, stating concerns for national security.

Bolton's legal representation claims the White House attempted to "suppress" the book — which is critical of President Trump's administration.