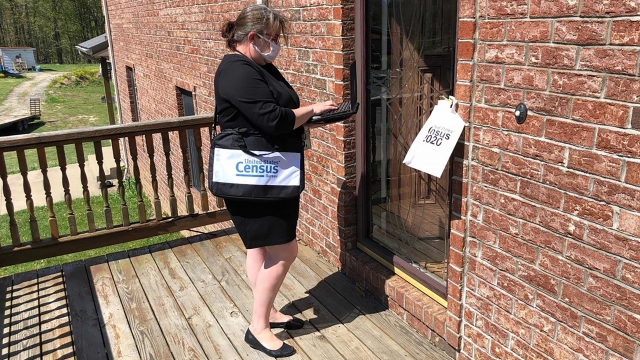 Census deadlines have been a back-and-forth legal battle ever since the pandemic complicated collection efforts.

A federal judge told the Census Bureau late Thursday it must text every poll worker to keep counting for the 2020 Census through the end of October.

Let's break down what happened: For most Americans, the count started in March and was supposed to end in July. The coronavirus pandemic hit, complicating usual door-to-door efforts. So the Census Bureau extended its schedule through Oct. 31 to allow time for an accurate count. The bureau and President Donald Trump acknowledged that it would have been impossible to deliver accurate data for apportionment by the original end-of-year deadline.

But in late July, the president threw a curveball. He asked that the count be cut short again, apparently in an effort to meet the original statutory deadline. This was shortly after he issued a memo saying undocumented immigrants wouldn't be counted.

The bureau's associate director for field operations wrote in an internal email that "it is ludicrous to think we can complete 100% of the nation's data collection earlier than 10/31 and any thinking person who would believe we can deliver apportionment by 12/31 has either a mental deficiency or a political motivation."

Another bureau official said shortening collection time would result in "fatal data quality flaws that are unacceptable for a Constitutionally mandated activity." The Government Accountability Office issued a report backing up that statement.

The judge ruled last month that the decennial count must continue through the extended deadline of Oct. 31, but Commerce Secretary Wilbur Ross announced a target date several weeks earlier anyway. In Thursday's court order, the judge wrote the administration's "lurching from one hasty, unexplained plan to the next ... must stop."

A brief memo Friday indicated the bureau had sent the required message to ask census workers to keep counting through the end of the month. If it violates the injunction again, Wilbur Ross and other defendants could be subject to sanctions or contempt proceedings.