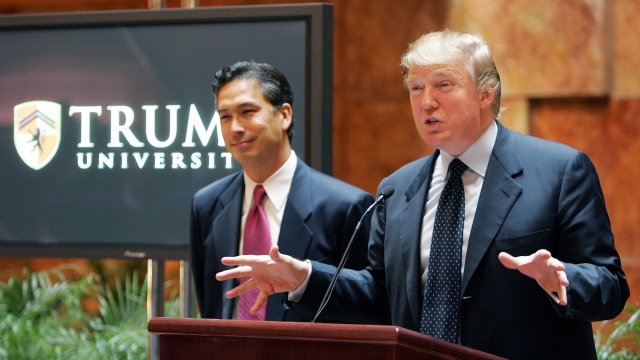 It took a while, but the $25 million Trump University settlement has been finalized.

U.S. District Judge Gonzalo Curiel declared it "final" Monday. Curiel initially approved the settlement a year ago, but it was delayed when a former student tried to file her own lawsuit.

New York Attorney General Eric Schneiderman said in a statement the settlement "marked a stunning reversal by President Trump, who for years refused to compensate the victims of his sham university."

The settlement refunds former Trump University students for most of the cost of the courses.