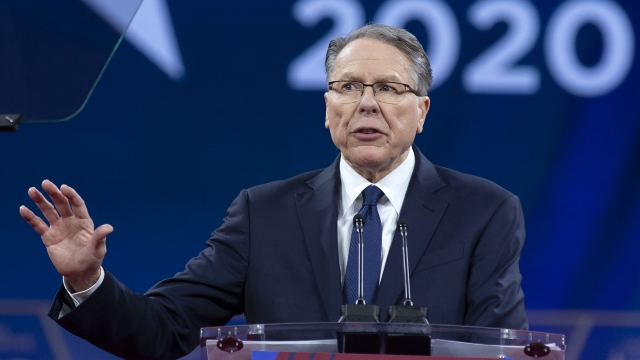 Top executive Wayne LaPierre acknowledged putting the NRA into Chapter 11 bankruptcy without the signoff of several board members and executives.

A federal judge dismissed the National Rifle Association's bankruptcy case Tuesday, saying it was not filed in good faith.

That means the gun-rights group will have to face a New York state lawsuit accusing it of financial abuses.

The NRA's headquarters is in Virginia, but it's incorporated in New York, where it was chartered as a nonprofit in 1871.

Top executive Wayne LaPierre acknowledged putting the NRA into Chapter 11 bankruptcy without the signoff of several board members and executives. He pledged in a statement to continue to fight for gun rights.