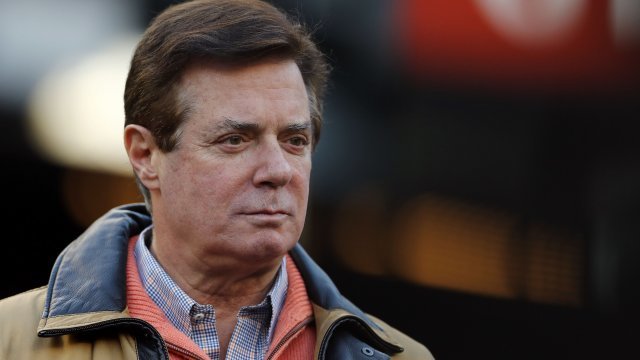 A federal judge has tossed out a civil lawsuit that challenged the authority of special counsel Robert Mueller in the Russia probe.

That lawsuit alleged Mueller's investigation had become "unmoored from the Special Counsel's original jurisdiction" to investigate allegations that the Trump campaign colluded with Russia during the 2016 U.S. presidential election.

The judge presiding over the case said she didn't think a civil suit was the "appropriate vehicle" for questioning a prosecutor's past actions or for where an investigation might go in the future.

In October, Manafort was charged with bank fraud and conspiring to launder money.