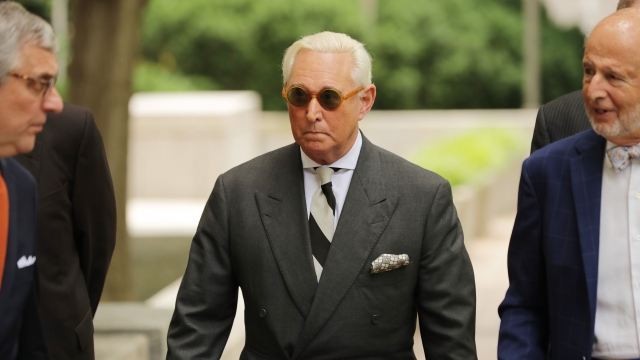 SMS
Federal Judge Declines To Drop Charges Against Roger Stone
By Alec Larson
By Alec Larson
August 1, 2019
​In a series of motions, Stone's lawyers argued he was targeted for political retribution due to his status as an adviser to Donald Trump.
SHOW TRANSCRIPT

On Thursday, a federal judge rejected a motion to dismiss the charges against Roger Stone.

In a series of motions, Stone's lawyers argued he was targeted for political retribution due to his status as a longtime ally and adviser to President Donald Trump. Stone is charged with witness tampering and obstructing a congressional investigation at the request of special counsel Robert Mueller.

But a U.S. District Court judge in D.C. ruled Stone had not offered any substantial evidence to back up his claims, and she barred his lawyers from further exploring his prosecutors' motives.

Judge Amy Berman Jackson wrote in her ruling, "Based on the allegations in the indictment which are assumed to be true for purposes of these motions, it is fair to say that Roger Stone has no one but himself to blame for the fact that he was investigated by the Department of Justice."

Stone's trial will now move forward unimpeded. It is set to begin Nov. 5 in Washington, D.C.