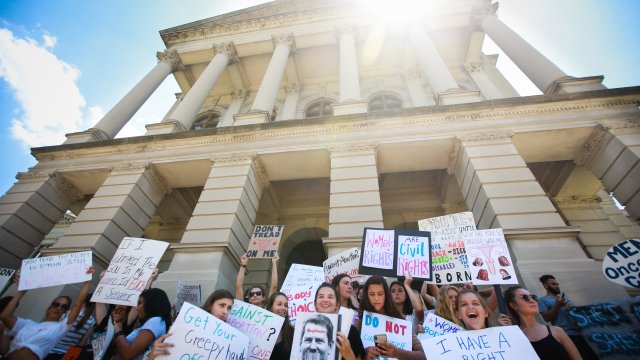 A federal judge blocked one of the strictest abortion bans in the country from going into effect.

It's Georgia's so-called "heartbeat" abortion bill, which bans the procedure as early as 6 weeks.

Gov. Brian Kemp signed the bill into law in May. It was set to go into effect in January of 2020.

With the "heartbeat" abortion ban temporarily blocked, the state's original abortion laws will remain in effect. Currently, the state bans abortions at 20 weeks or more from the time of fertilization.

The governor's communications director said the office is reviewing the decision and is confident in its position. Meanwhile, the president and CEO of Planned Parenthood Southeast called the decision "a victory for the people of Georgia and the entire nation."