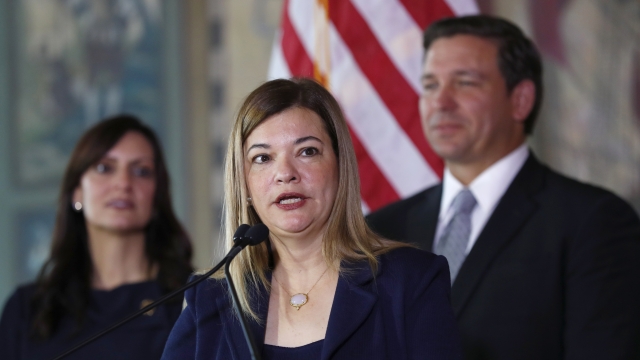 On President Trump's list of potential nominees for the Supreme Court is federal judge Barbara Lagoa.

So who is Barbara Lagoa?

Born to parents in Miami who left Cuba under Fidel Castro's rule, the 52-year-old Lagoa has had an extensive judicial career in Florida. In a case that saw national attention in 2000, she was part of a legal team trying to prevent a 5-year-old refugee named Elián González from being returned to Cuba.

Lagoa spent roughly a decade as a judge in Florida's court of appeals before Gov. Ron DeSantis appointed her to the Florida Supreme Court in January 2019. Her appointment made her the first Hispanic woman to serve on the state’s Supreme Court.

"That I am duly qualified to hold office under the constitution of the state," Lagoa said.

But Lagoa's time on the state’s supreme court was short, she served for nine months before President Trump nominated her to serve on the 11th Circuit Court of Appeals. She was overwhelmingly approved by the Senate 80 to 15.

So where does Lagoa stand when it comes to rulings?

In confirmation hearings she told the Senate she considers Roe v. Wade the "binding precedent of the Supreme Court."

As for any potential push back, Lagoa will likely face scrutiny for a federal case that upheld a law requiring felons in Florida to pay their court fines before being re-granted voting rights. She was criticized by lawmakers, including Sen. Kamala Harris, for not recusing herself from the case as she had played a role in the creation of an advisory opinion while back on Florida’s Supreme Court.

Should Lagoa be nominated for the Supreme Court, there is speculation she could help Trump gain the support of Hispanic voters ahead of the election.