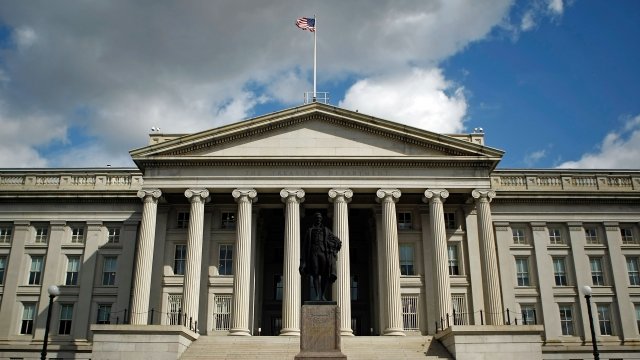 By Cristina Mutchler
October 15, 2018
According to the Treasury Department, the U.S. budget deficit increased 17% from the previous fiscal year.
SHOW TRANSCRIPT

The federal government wasn't able to balance its checkbook again.

According to the Treasury Department, the U.S. budget deficit increased 17% from the previous fiscal year to $779 billion.

White House officials say the rise is partially due to more spending on the military, Medicaid, Social Security and disaster relief. Corporate tax collections also fell due to the implementation of the Trump administration's Tax Cuts and Jobs Act.

In a statement, White House budget director Mick Mulvaney attributed a "booming" U.S. economy to those tax cuts, and said Congress needs to cut back on spending in order to get the deficit under control.

The latest numbers are on par with what the Congressional Budget Office estimated in an analysis earlier this month.