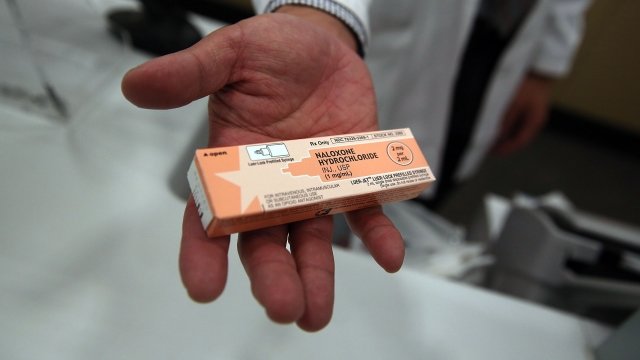 The HHS issued new guidance Wednesday promoting a new prescribing practice when it comes to the opioid overdose drug.

It urges physicians to prescribe the opioid antidote to patients at high risk of an overdose. That includes those who have a history of a substance use disorder, have serious respiratory conditions or take certain sedatives.

Naloxone, commonly known by the brand name Narcan, can quickly revive an opioid overdose patient who has slowed or stopped breathing. It's used by first responders and hospitals, and in recent years it's been distributed in communities and school districts.

Recent CDC data estimates that there were more than 63,000 drug overdose deaths in the U.S. in 2016.