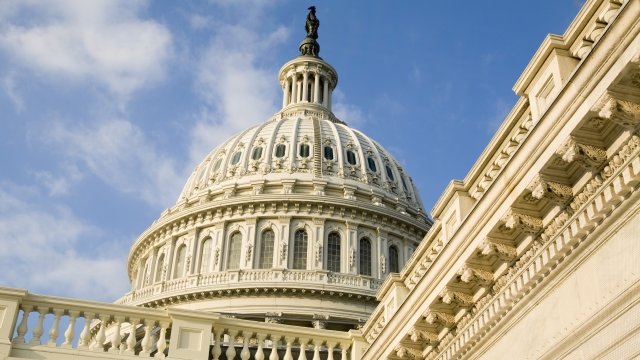 For months, Republicans have been promising to get tax reform done, and get it done soon. But it seems like there's a new wrinkle to smooth out with that plan: whether or not it should add to the deficit.

Historically, the Republican party has been fiscally conservative. It has worked to make sure tax cuts are offset somehow,  typically with spending cuts. But the clock is ticking, and some major players are ditching that concept to make sure they get something — anything — passed.

Mick Mulvaney, the current director of Office of Management and Budget, was a well-known deficit hawk in Congress. But his tuned has changed just a bit.

"We need to have new deficits because of that. We need to have the growth," Mulvaney said. "If we simply look at this as being deficit-neutral, you're never going to get the type of tax reform and tax reductions that you need to get to sustain 3 percent economic growth."

Mulvaney now says tax reform will give such a boost to the economy that it will all come out in the wash. Most economists disagree with that assertion, but it's something that more and more Republicans are starting to say.

But maybe not enough to pass tax reform. Sen. Bob Corker and several other Republicans are holding out for revenue-neutral tax reform. And thanks to their slim Senate majority, Republicans need every vote they can get.

Sen. Rand Paul of Kentucky is also pushing back on his party's new way of thinking. He told Politico: "I'm a huge deficit hawk. My opinion has always been that you pay for a tax cut with spending cuts."

Right now the hawks' voices are far from the loudest in the GOP, but that could change when more details about the tax bill's deficit impact come out. And it won't take much opposition to throw cold water on another one of the GOP's priorities just in time for the 2018 midterms.