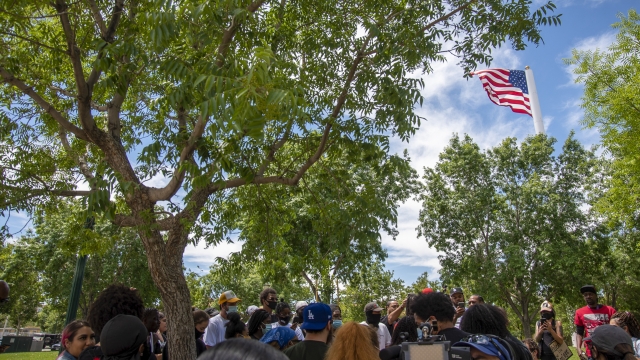 State and federal authorities will review local investigations into the hanging deaths of two Black men that were initially ruled to be suicides.

State and federal authorities said on Monday they plan to review local investigations into two California deaths to find out whether federal law was violated. The two Black men, both found hanging in trees, were initially determined to have died by suicide.

Twenty-four-year-old Robert Fuller was found dead in Palmdale on June 10. Just 10 days earlier and roughly 50 miles away, 38-year-old Malcolm Harsch's body was found in Victorville. Local authorities said they found no evidence of foul play in either case, but sheriffs have pledged to continue investigations.

Fuller's family says he was not suicidal and had recently attended Black Lives Matter protests. They called for an independent investigation and autopsy. Harsch's family has also shared concerns that his death was ruled a suicide to avoid drawing negative attention. However, authorities say Harsch's girlfriend called 911 and reported that he had hanged himself.

Amid high tensions across the country and protests calling for racial justice, demonstrators have demanded further investigations into Fuller and Harsch's deaths. Some say local authorities rushed to deem them suicides, and others have suggested the two Black men may have been lynched. At a town hall Monday, they urged investigators to look into the possibility that the deaths were hate crimes.

The official cause and manner of each death has not been released yet since toxicology results for both men are still pending. But authorities are listening to what the community and families have to say.

The FBI, the DOJ's Civil Rights Division and the U.S. attorney's office in the Central District of California are monitoring the investigations by the Los Angeles County and San Bernardino County sheriffs.

Additional Reporting by Stefanie Dazio of The Associated Press.