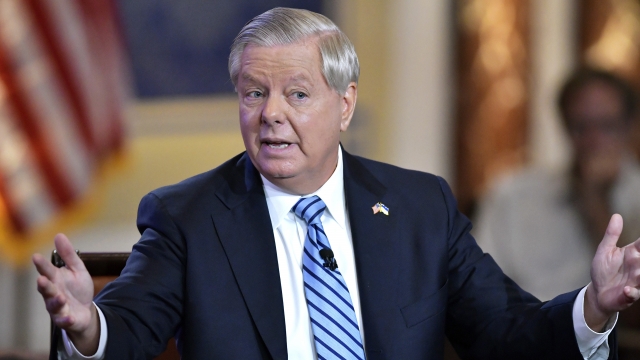 Consider this a temporary win for Sen. Lindsey Graham, who has been trying to avoid appearing in front of a special grand jury in Georgia since the subpoena was issued last month.

A panel of federal appeals court judges granted him the opportunity to challenge the subpoena, based on protections for lawmakers under the Constitution's Speech or Debate clause.

The South Carolina Republican won his first victory in the legal battle surrounding allegations that key Donald Trump allies sought to change the results of the 2020 presidential election in Georgia.

Graham was initially set to appear in an Atlanta courtroom Tuesday.

But on Sunday, the 11th U.S. Circuit Court of Appeals sent proceedings back to the District Court judge, asking her to consider whether the subpoena should be partially quashed or modified on grounds that the local grand jury is intruding on legal protections Graham is granted.

The Fulton County probe centers around a January 2021 phone call during which former President Trump put pressure on Georgia Secretary of State Brad Raffensperger to "find" enough votes to secure his victory in the state. In court filings, Fulton County District Attorney Fani Willis said the grand jury needs to hear from Sen. Graham about at least two calls he placed to Raffensperger and his staff in the days following the election.

When asked by a reporter why a senator from South Carolina is calling the Georgia secretary of state, Graham said, "Because the future of the country hangs in the balance."

Graham said at the time he was trying to figure out how signatures were verified on absentee ballots. Lawyers for the senator argue his comments are protected because they relate to legislation.

"If the special grand jury is allowed to ask Senator Graham about questions relating to what he talked about with former President Trump, then that could conceivably get into legislative matters," said Constitutional Law Attorney Page Pate.

Graham is among a handful of key Trump allies the Atlanta-area special grand jury has subpoenaed.

The Georgia election probe is among several legal battles facing the former president, whose Florida home was searched by federal agents earlier this month, and whose role in the Jan. 6 attack on the capitol is being investigated separately by a congressional panel.

The biggest issue on the minds of voters right now is threats to democracy. That beat out nine other issues in a new poll from NBC News, including cost of living, the economy, climate change, guns and abortion.

The poll also found that a whopping 74% of Americans believe the country is headed in the wrong direction.