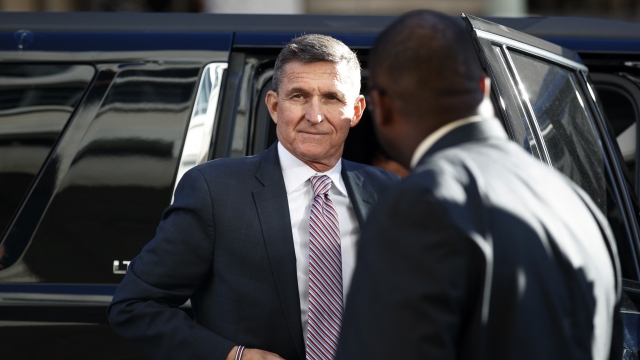 A Washington federal appeals court has thrown out a previous ruling dismissing the criminal case against Michael Flynn.

Flynn, President Trump's former national security adviser, pleaded guilty in 2017 to lying to the FBI about his conversations with a Russian ambassador amid Robert Mueller's investigation into Russian election interference. But Flynn has since tried to withdraw his guilty plea.

The full appeals court will rehear arguments next month on whether to dismiss the case, as the Justice Department has asked. Attorney General William Barr has pushed to drop the prosecution against him after a review. The DOJ said the things Flynn allegedly lied about weren't related to the case. It also said evidence showed the FBI's interview with Flynn didn't have "any legitimate investigative basis." However, critics have questioned Barr's motives.

In June, a former judge appointed to review the DOJ's request called it "a gross abuse of prosecutorial power" and recommended the judge overseeing the case reject it.

President Trump has said Flynn was treated unfairly and has not publicly ruled out pardoning him.