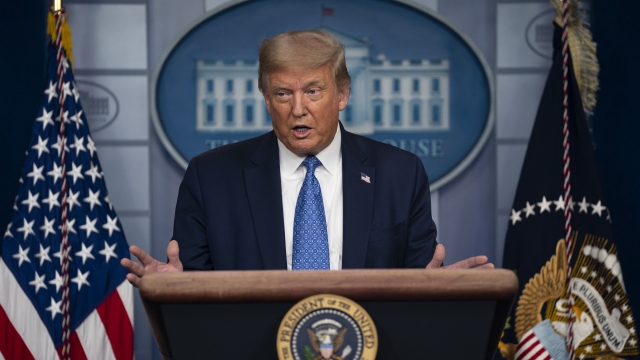 President Donald Trump announced federal agents will be deployed to Chicago and Albuquerque, New Mexico, to help combat "violent crime", which he blamed on city leadership.

"In recent weeks there has been a radical movement to defund, dismantle and dissolve our police departments," President Trump said. "Extreme politicians have joined this anti-police crusade. ... The effort to shut down policing in their own communities has led to a shocking explosion of shootings, killings, murders and heinous crimes of violence. This bloodshed must end. This bloodshed will end."

On Wednesday, he said the Justice Department will send hundreds of agents from the FBI, DEA, ATF and the U.S. Marshals Service.

Chicago Mayor Lori Lightfoot told reporters Tuesday she knew federal agents were coming and that she welcomes partnership, not dictatorship.

The president said hundreds of federal agents have already been sent to Kansas City, Missouri. The deployments are part of the president's "Operation Legend", which was named after a 4-year-old boy who was fatally shot in Kansas City last month.

Attorney General William Barr said the FBI made 200 arrests in two weeks in Kansas City, but so far local officials haven't been able to verify that.

Earlier this week, the U.S. Attorney for Western Missouri said the agents won't patrol the streets or replace local officers. He also said the agents will be clearly identified and that the operation will not resemble what's happened in Portland, Oregon. Agents there have been accused of detaining protesters in unmarked vehicles.