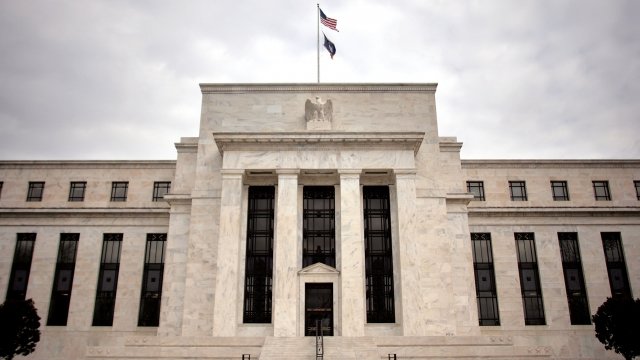 The Federal Reserve announced it's raising interest rates for the third time this year, indicating the U.S. economy is in pretty good shape right now.

The move, which hikes the rate by a quarter of a percentage point, was expected.

Fed policymakers noted a low unemployment rate, strong economic growth, job gains and stable inflation as factors that went into their decision. There's a fine line between hiking rates steadily to keep the economy balanced and raising rates too quickly, which experts say could lead to a recession.

At a press conference Wednesday, Powell said it's a "particularly bright moment" for the U.S. economy, but pointed out that benefits haven't been felt by all consumers.

He also addressed recent criticism from President Donald Trump, saying: "We don't consider political factors or things like that. That's who we are, that's what we do, and that's just the way it's always going to be for us."

Powell's referring to comments Trump made this summer, when he said he wasn't a fan of the central bank raising interest rates under Powell's leadership.