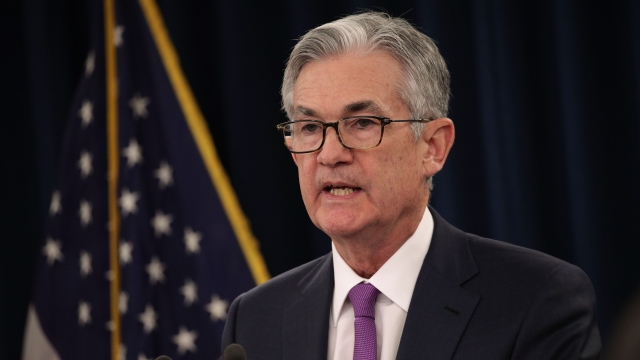 SMS
Fed Decides To Leave Interest Rates Unchanged
By Ahmed Jawadi
By Ahmed Jawadi
January 30, 2019
​It said the economy has been growing "at a solid rate" and will continue to grow in 2019, albeit at a slower pace.
SHOW TRANSCRIPT

The Federal Reserve said Wednesday it has decided not to raise interest rates.

In a statement following a two-day Federal Open Market Committee meeting, the Fed said the economy has been growing "at a solid rate" and will continue to grow in 2019, albeit at a slower pace than in 2018. Despite this, the committee voted unanimously to maintain the current federal funds rate at between 2.25 and 2.5 percent.

Federal Reserve Board Chairman Jerome Powell went into more detail about the committee's decision in a press conference later in the day.

"There is elevated uncertainty around several unresolved government policy issues, including Brexit, ongoing trade negotiations and the effects from the partial government shutdown in the United States. Financial conditions tightened considerably late in 2018 and remained less supportive of growth than they were earlier in 2018. And while most of the incoming domestic economic data has been solid, some surveys of business and consumer sentiment have moved lower, giving reason for caution," Powell said.

The central bank's decision comes as a bit of a reversal from what it said in December, when it predicted there would be two rate hikes for 2019. Instead, the Fed said it would be patient for the time being and either increase or reduce rates depending on economic conditions.