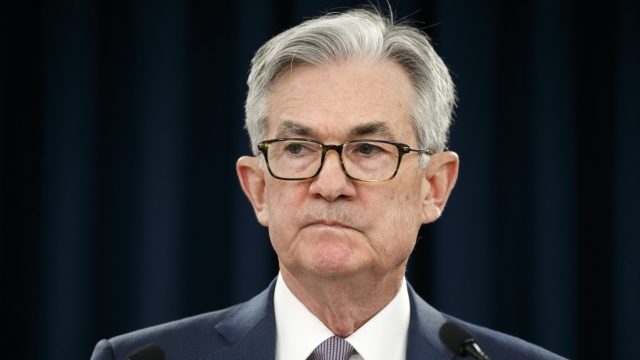 SMS
Federal Reserve Chair Says Economic Recovery Could Hinge On Vaccine
By Bailey Vogt
By Bailey Vogt
May 17, 2020
Fed Chair Jerome Powell said "the economy will recover," though perhaps not until the end of next year.
SHOW TRANSCRIPT

Federal Reserve Chair Jerome Powell said a vaccine will likely be required for the economy to fully recover from the coronavirus pandemic.

In an interview aired on CBS's "Face the Nation," Powell said people need to "be fully confident" before the economy could return to normal, which he said "may have to await the arrival of a vaccine."

Federal Reserve chairmen are rarely interviewed on national television, but this was Powell's second since the pandemic began to spread in the U.S.

Powell's interview comes after he warned Congress and the White House last week the economy could be damaged permanently if they didn't control unemployment. There are now at an estimated 36 million workers out of a job.