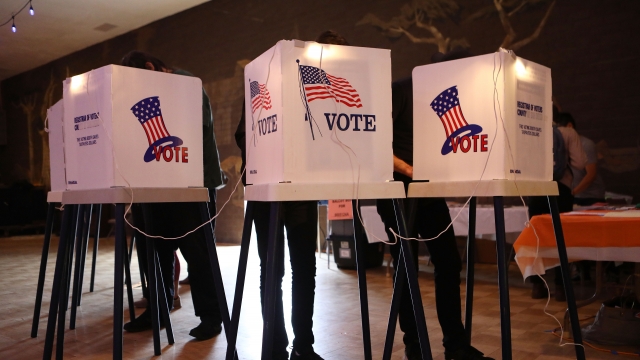 In his resignation letter to President Trump, Matthew Petersen said he'll step down from his role on August 31.

The Federal Election Commission will effectively shut down soon, following the resignation of its vice chairman.

In his resignation letter to President Trump, Matthew Petersen said he'll step down from his role on August 31.

That'll leave the FEC with just three commissioners — which is a problem, since the federal agency needs at least four commissioners to meet and make governing decisions.

The FEC is in charge of enforcing and regulating the country's campaign finance laws. But without that necessary fourth commissioner, it won't be able to start audits, hold board meetings or even fine those who violate election law.

The FEC is actually supposed to be governed by a six-person board. But it hasn't operated at full strength for several years.

To make things even more complicated, Petersen and the three remaining commissioners are all currently serving expired terms. They're allowed to keep serving until a new replacement comes in. For Chairwoman Ellen Weintraub, that's spiraled into serving more than 12 years in that holdover status.

President Trump has so far only nominated one person to the agency: attorney James "Trey" Trainor. But the U.S. Senate has repeatedly failed to give him a confirmation hearing.