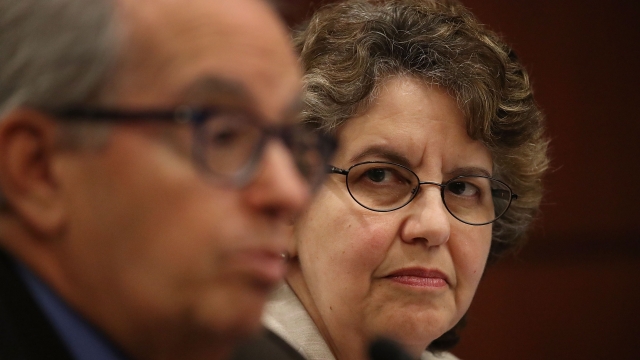 The problem, though, is that the FEC, the agency in charge of enforcing campaign finance laws, can't really do anything to stop what could become an existential threat to the U.S., especially ahead of the 2020 election. The agency hasn't been able to quorum since its vice chair, Matthew Petersen, left this past August.

Petersen's exit left the agency with only three commissioners — one short of what's necessary to conduct formal business. President Trump nominated Trey Trainor to join the FEC in 2017, but his nomination has since stalled in Congress.

Weintraub would not comment on the specifics of Parnas and Fruman's alleged schemes, but she told Newsy the laws around soliciting or receiving foreign donations is "indisputable." She added that the U.S. cannot afford to have its election commission out of commission at such a critical time.

She said: "I do hope everyone bears in mind that there's a five-year statute of limitations, so it doesn't mean the law won't be enforced at some point. It's not a good situation in the short term, but people shouldn't assume they can violate the law with impunity."