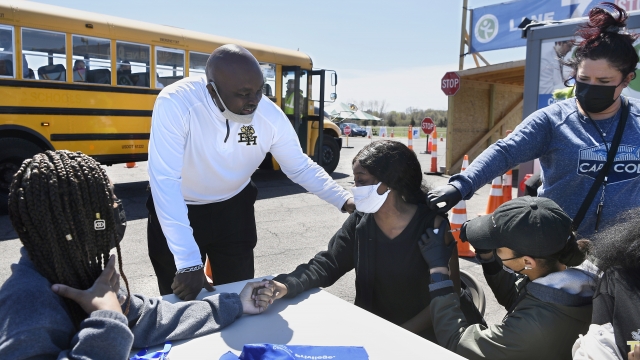 Right now, the shot is only available for those over 16.

Pfizer asked the FDA to amend its emergency use authorization early last month, and officials say it could be authorized for younger people as early as this week.

On Sunday, former FDA Commissioner Scott Gottlieb, who is on Pfizer's board of directors, told CBS' "Face the Nation" he's hopeful it'll be authorized and said doing so would add to the U.S.' efforts in fighting the virus.

"There's about 17 million children between the age of 12 and 15. I think we'll pick up about 5 million immediately," Gottlieb said. "I think probably another 5 million, 5-7 million would get vaccinated over the course of the summer before the school year."