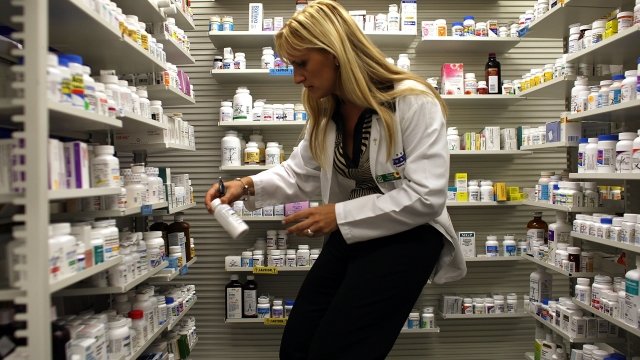 The U.S. Food and Drug Administration is looking at ways to make certain prescription drugs available over the counter.

Administrator Scott Gottlieb has drafted guidelines that would allow people to get commonly-used prescription medications, like cholesterol-lowering drugs, over the counter instead of at the pharmacy. But because that eliminates a doctor's supervision, it'll require an additional approval process.

Here's how the FDA envisions it panning out: interested drugmakers would provide studies to show that their products can be safely used without a prescription. The agency suggests approaches like additional labeling on packages and online questionnaires to help people decide whether a drug is right for them.

The move is part of the Trump administration's plan to drive down drug costs in the U.S. According to Gottlieb, offering more medications without a prescription will save time and money for both consumers and the health care system.

Gottlieb says he aims to move forward with the proposed rule "in the near future." Health and Human Services Secretary Alex Azar praised the FDA's efforts, calling it a step toward putting "American patients first."