It's Safe To Eat Some Romaine Lettuce Again 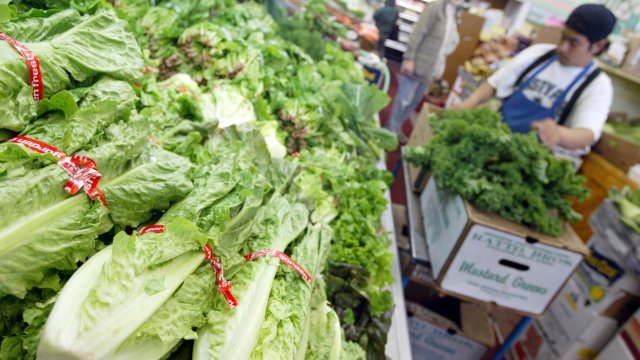 The FDA says some romaine lettuce is safe to eat again.

The FDA and the CDC have figured out that the romaine possibly contaminated with E. coli came from Central Coast growing regions in California.

The FDA said in a statement on Monday that romaine should have a label describing where it came from. If it's from anywhere other than the Central Coast, the lettuce should be OK to eat. The agency did caution that if romaine doesn't have a label, consumers shouldn't eat it, just to be safe.

At least 43 people in 12 states across the U.S. and 22 people in Canada have gotten sick with a strain of E. coli most likely related to eating romaine lettuce. Sixteen people in the U.S. have been hospitalized, but no deaths have been reported.

Last week, the CDC issued a blanket warning telling people not to eat any kind of romaine lettuce.