More Restaurants Will Have To Show Calorie Information 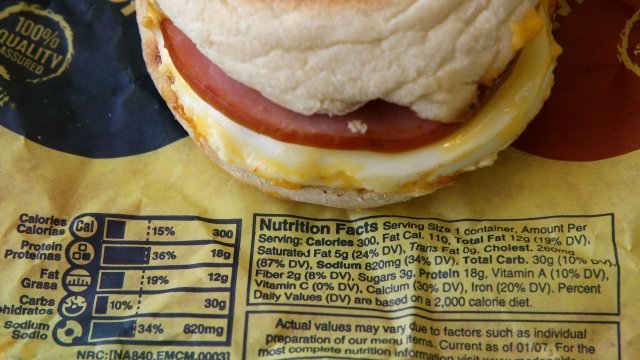 Calorie information will soon become more common at restaurants, grocery stores and other food outlets. A federal rule rolled out Monday, requiring chains with more than 20 locations to label their menus with that information.

Implemented by the U.S. Food and Drug Administration as part of the 2010 Affordable Care Act, it'll ensure calorie counts are displayed and other nutritional details, like fat and sodium levels, are available nationwide. Some chains, like McDonald's and Starbucks, already post the calories in their food and drink items. The guidelines were delayed for years as the FDA tried to educate and cooperate with the food industry on the change.

According to FDA Commissioner Scott Gottlieb, the new policy aims to help Americans adopt a healthier diet, improving public health and helping fight the nation's obesity epidemic. In a statement, Gottlieb referenced a study that shows customers ordered fewer calories per day when they were given nutrition information.

But you may not see an immediate change. Gottlieb says the FDA will take a flexible, collaborative approach when working with retailers to execute the initiative.