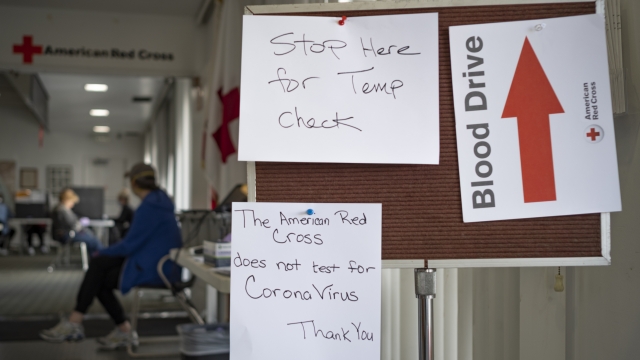 The FDA has revised its guidelines for blood donation, reducing wait times for sexually active gay and bisexual men from 12 months to three months.

The Food and Drug Administration (FDA) is relaxing its guidelines for blood donation. The FDA's announcement on Thursday comes as the coronavirus pandemic continues to pose "unprecedented challenges" to the nation's blood supply.

The revised guidelines reduce some limits long contested by civil liberties activists. For example, sexually active gay and bisexual men can now donate after three months instead of after one year. The deferral period was also reduced for women who've slept with men who, in the past year, have had sex with men.

The LGBTQ rights group GLAAD lauded the change, but said it would continue to push for waiting periods to be lifted entirely. In 2015, the FDA mandated a 12-month deferral period for gay and bisexual men. The agency said the new rules are expected to remain in effect even after the pandemic ends.

The American Red Cross had to cancel nearly 2,700 blood drives last month due to the outbreak, resulting in the drastic reduction of its inventory. Although eligibility requirements differ between states, almost any healthy person can give blood and donation centers are calling for donations to help replenish their supplies.