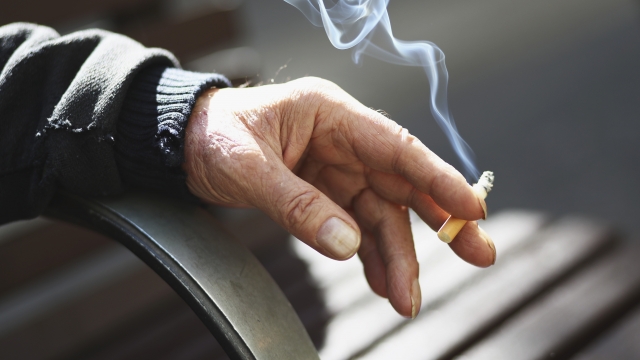 The U.S. Food and Drug Administration has proposed adding photographic warning labels to cigarette packs. The images would depict the negative health consequences of smoking.

Some of the health warning mock-ups provided by the FDA — which we will warn, could be graphic for some — show a child struggling to breathe, amputated toes and diseased lungs.

Acting FDA Commissioner Ned Sharpless says, "Given that tobacco use is still the leading cause of preventable disease and death in the U.S., there's a lot at stake to ensure the public understands these risks."

Sharpless says it's especially important to reach young people and convince them to not start smoking in the first place. The FDA says nearly 1.4 million kids aged 12-17 smoke cigarettes in the U.S. In contrast, more than 34 million adults smoke.

The proposal is part of the Tobacco Control Act that was passed in 2009. Earlier this year, a federal court ordered the FDA to publish the proposed new rule and finalize it by March 2020.

The U.K. has had a very similar law in effect for years now. Packaging there cannot feature a cigarette company logo and has to include graphic images of smoking's potential side effects.

Back in the U.S., before the FDA's proposal becomes final, a public comment period will be open through Oct. 15.