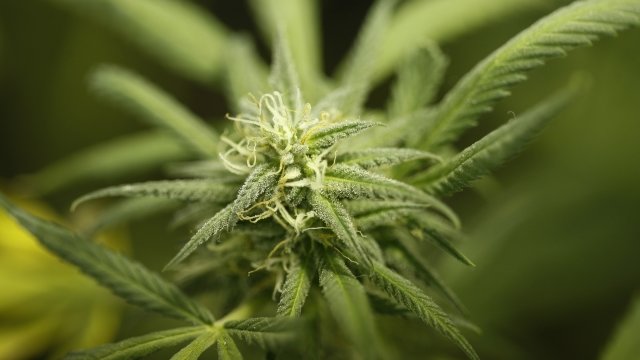 The medicine is called Epidiolex, and it's used to treat rare and severe forms of epilepsy.

The U.S. Food and Drug Administration could soon approve what would be the country's first prescription medicine derived from marijuana.

During clinical trials, patients given Epidiolex to help treat Dravet syndrome or Lennox-Gastaut syndrome saw the frequency of their seizures "significantly reduced," GW Pharmaceuticals said in a statement.

The medicine's active ingredient is cannabidiol — a chemical found in cannabis. Unlike medical marijuana, which contains a compound that can produce a high, cannabidiol isn't psychoactive.

The FDA will reportedly decide by the end of June if it'll approve Epidiolex.