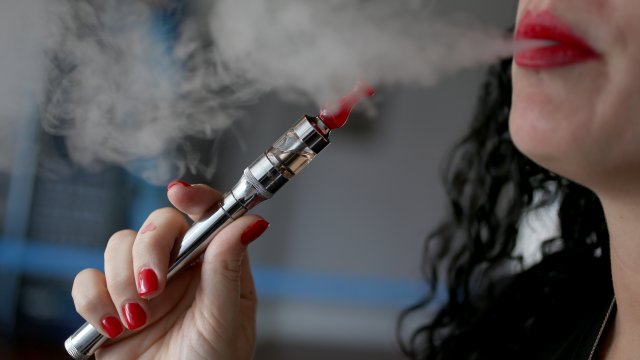 The FDA is investigating reports of people suffering seizures after using e-cigarettes.

On Wednesday, the agency announced that it had found 35 case reports of seizures after vaping from 2010 through early 2019. Though it might not seem like a lot, outgoing FDA Commissioner Scott Gottlieb said he's still "concerned," and the number is enough to merit a scientific investigation.

Most of the incidents involved young people, but there hasn't been a clear pattern. The FDA says it's unsure whether there's a definitive link between seizures and vaping.

While seizures are a known possible side effect of nicotine poisoning, the agency said it'll continue to look into other potential risks that come with using e-cigarettes.

The FDA is also asking anyone who's experienced similar issues to report them through its website with specific information about symptoms, the e-cigarette brand and whether other drugs were used at the same time.