FDA Has Asked Other Federal Agencies To Aid Vaping Investigation 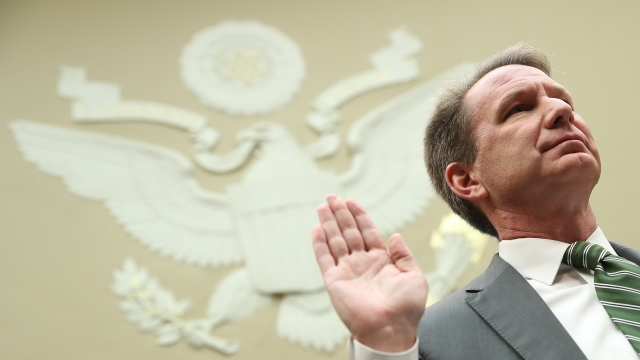 SMS
FDA Has Asked Other Federal Agencies To Aid Vaping Investigation
By Alec Larson
By Alec Larson
September 25, 2019
The FDA has asked the DEA and Customs and Border Protection to help aid its investigation into the recent rash of vaping-related illnesses.
SHOW TRANSCRIPT

The FDA's commissioner testified before the House Energy and Commerce subcommittee on Wednesday and revealed the health regulator has asked multiple federal agencies to help it investigate recent vaping-related illnesses.

Acting Commissioner Ned Sharpless told lawmakers the FDA's investigation is focused on identifying what products are causing the illnesses and "following the supply chain to the source."

"Because many of the products associated with cases contain THC oils, we have engaged the DEA to help with our investigation," said Sharpless.

In written testimony, Sharpless also revealed his agency is working with Customs and Border Protection to help "identify potential illicit FDA-regulated products at the border."

At the hearing, Sharpless doubled down on a previous announcement that the agency would be criminally investigating vape-related illnesses, with a focus more on potential suppliers than users.

"But to be clear, if we determine that someone is manufacturing or distributing illicit, adulterated vaping products that caused illness and death for personal profit, we would consider that to be a criminal act," said Sharpless.

Around the same time as his testimony, the Georgia Department of Public Health announced it had "identified the state's first death from a vaping-associated illness." That, plus a death in Florida, brought the U.S. death toll to 11 as of Wednesday.