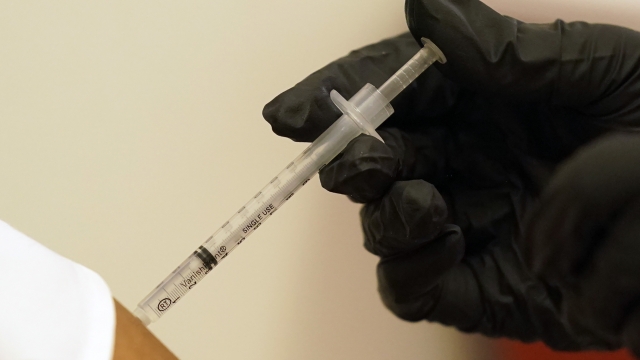 The FDA has granted emergency use for Pfizer's mRNA vaccine for children 5-11 years old.

Health experts have been saying for months that children's vaccinations will play a big role toward herd immunity. There's roughly 28 million elementary school-aged kids in the U.S.

"I would get them vaccinated now," FDA Acting Commissioner Jane Woodcock said. "I would not want to take the risk that they would be one of the ones who would develop long COVID, who would develop multi-system inflammatory syndrome or have to be hospitalized from from the virus."

"Among all children ages 5 to 11, COVID-19 was one of the top 10 causes of death in the United States over the last year," CDC Director Rochelle Walensky said.

It comes at a time when two out of three parents plan to get their child a COVID vaccine.

One father, Eugene, said: "I want to see more progression and more more statistics on behalf of the vaccination before I even do it."

A mother, Louise Korsick, said: "We are all for the vaccine. As soon as she turns 5 or they get approved earlier we will definitely go for it."

The Pfizer shot is about 90% effective at preventing symptomatic infection. It's a third of the dose of adults — 10 micrograms — and it's given 3 weeks apart. Each time, a shot to the shoulder muscle.

"Everything that I've seen has shown that the vaccine in these younger kids, it's the same sort of side effects, the same severity," Dr. Rick Kennedy with the Mayo Clinic said. "They're really mild. They're the fairly common ones. It's exactly what we expected."

Children's hospitals, pediatricians and health centers are already preparing for getting the shots into arms. That includes letting parents know what to expect, especially for kids who don't like needles.

"We have a buzzy that distracts your nerves so that you don't know," pediatrician Dr. Sharon Stoolman said. "It looks like a little bumblebee, but it kind of vibrates on the skin. We have cold spray."

Now the move goes to the CDC. Its expert panel meets Tuesday. If Walensky signs off soon after, shots for 5- to 11-year-olds could start Wednesday, making them fully vaccinated by Christmas.