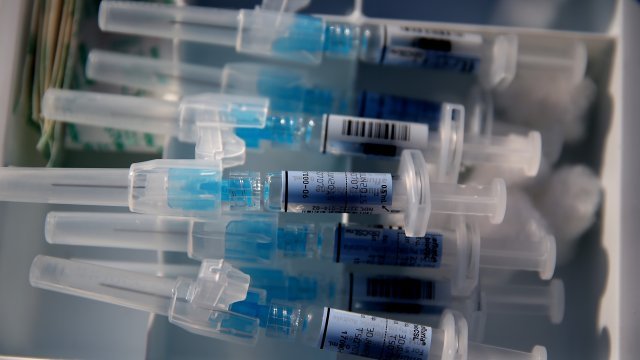 Despite the Centers for Disease Control and Prevention estimating that the flu season had already peaked, the U.S. Food and Drug Administration says that peak will probably happen in February.FDA Commissioner Scott Gottlieb told CNBC this year's flu vaccine wasn't as effective because a strain of the virus mutated. Flu season started early, in November, and the virus is now widespread in all states except Hawaii, according to the CDC. Gottlieb added the virus is probably spreading because people aren't staying home when they're sick.Along with its symptoms, a New England Journal of Medicine study found that influenza can increase the risk of heart attack by six times the week after diagnosis.