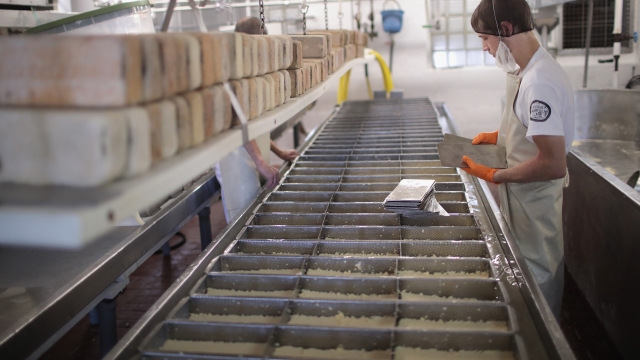 Unpublished research from the FDA confirms there are levels of certain toxic chemicals present in the U.S. food supply.

Initial findings show a class of man-made chemicals known as PFAS, or "forever chemicals," have been detected in a sampling of food production facilities in multiple states across the country.

The results were presented at an industry meeting last month, and obtained by advocacy group Environmental Defense Fund.

PFAS are synthetic chemicals used in everyday settings. They're found in items like non-stick products, paints, cleaning supplies and food packaging. They last a long time in the environment, and have been linked to high cholesterol, low birth weight, some forms of cancer and other health risks.

Because the chemicals are hard to get rid of, they build up in the human body. In 2007, the CDC estimated that PFAS could be found in the bloodstreams of 98 percent of people in the U.S.

In this study, researchers found several cases where substantial levels of the chemicals were detected in food. It ranged from being present in milk from a dairy farm to chocolate cake in a grocery store, to close to half of all meat and seafood tested.

Some experts point out it'd be helpful to look at collective contamination to determine how widespread the issue is, rather than focus on isolated findings.

The federal government has been looking at ways to tackle the issue. The Environmental Protection Agency's unveiled a plan to set a maximum limit for two PFAS chemicals in drinking water.

An FDA spokeswoman told media outlets the agency is "working to better understand the potential dietary exposure to PFAS." She hasn't responded to Newsy's request for comment.

CNN reports the findings will be officially presented on the FDA's website this week.