The FDA Says Too Many Vaping Products Resemble Kid-Friendly Foods 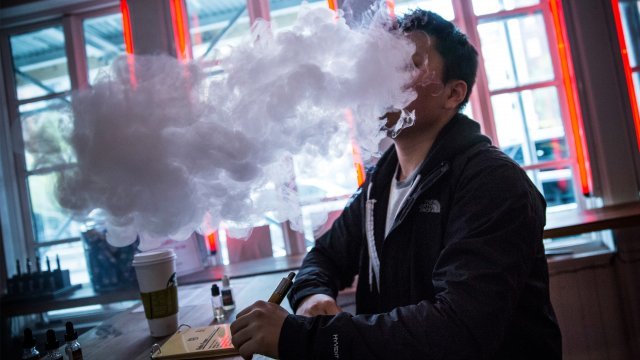 In a joint effort with the Federal Trade Commission, the FDA sent warning letters to 13 manufacturers and retailers. Each sells vaping liquid in packages that resemble food items like juice boxes, candy and cookies.

FDA Commissioner Scott Gottlieb says he wants companies to take responsibility for targeting underage users. He also wants to prevent accidental nicotine poisoning. If a kid mistakes vaping liquid for something like a juice box, it could "result in serious harm or even death."

The move is part of a broader FDA plan to prevent nicotine addiction. Last week, the agency put 40 companies on notice for illegally selling e-cigarette Juul products to minors. Juul has since responded, saying it's invested millions of dollars into initiatives that support raising the minimum tobacco purchase age.

In the most recent round of warnings, federal regulators have given the companies 15 business days to respond with the corrective actions they've taken.